How and Why You Should Vaporize Cannabis 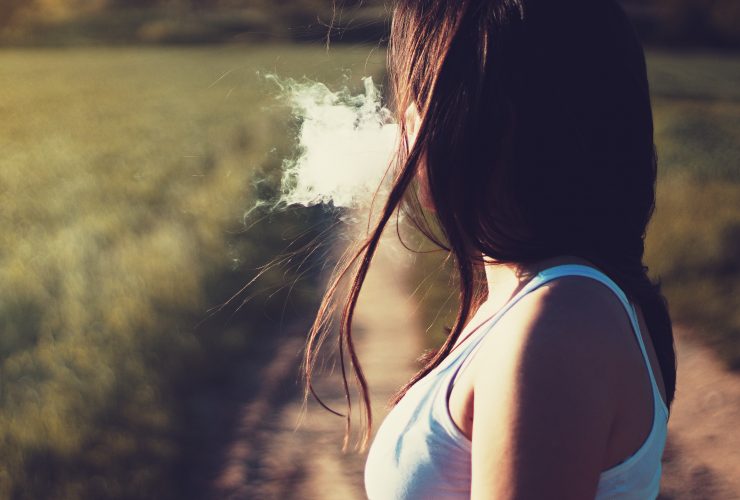 How and Why You Should Vaporize Cannabis

Can smoking cannabis be dangerous?

We know that medical cannabis is useful for treating a myriad of health conditions and smoking cannabis has become fairly common after legalization in 2018. However, the health implications associated with smoking cannabis are less talked about and understood.

The Canadian Medical Association Journal balked at the decision to legalize cannabis. They argued that the government seemed to care more about tax revenue and cannabis producers than they did about the health of Canadian citizens. Could they be right? Research continues to be mixed. Cannabis smoke contains some of the same chemicals as tobacco smoke like formaldehyde, hydrogen cyanide, and ammonia. However, during an international analysis of the association between cannabis use and cancer researchers seemed to struggle to find a link between smoking cannabis and lung cancer.

Vaping is the process of heating dried cannabis until it produces vapour that can then be inhaled by the user. The heat being applied to cannabis is what draws out cannabinoids such as THC. When you smoke cannabis you are burning it but vaping is a method of heating cannabis just below the point of combustion. It produces similar results without burning the bud.

A recent study showed that vaping does seem to produce fewer respiratory problems.

However, medical concerns are not the only reason to choose vaping over smoking. For example, vaping produces less of a smell while producing a high that it significantly stronger than what is produced when smoking cannabis. This can mean that users can feel stronger effects while using less cannabis. In addition, easily concealed vaporizers are easy to find these days. That means that vaporizing can be an excellent method for those concerned about discretion while at home or on the go.

Cannabis must be ground up in order to vape and this is ideally done using an herb grinder. The ground cannabis is then placed into a chamber and heated just below the point of combustion. Your vape unit will typically contain some method of indicating that it has been heated to the point that it can be used. This process can take a minute or two, depending on the unit. The vapour produced can be easily inhaled through the vaporizer mouthpiece.

Temperature controls allow users to select the temperature to heat their cannabis. Heating cannabis to a higher temperature tends to produce thicker vapour clouds. The terpene profile of cannabis being used can also determine which temperature is best to use as individual terpenes have different boiling points. It is important to note that an absence of large clouds does not mean an absence of cannabinoids like THC in the vapour.

An added bonus to vaping is that there’s cannabis left over when you vape. This cannabis, often referred to as AVB or already vaped bud, can be saved or thrown away. It is possible to continue vaping cannabis that has already been thoroughly vaped, though it will start to taste unpleasant and have less effect.

Strainprintis passionate about producing a better experience for medical cannabis users. Increasing access to information is one way that users can learn from the mistakes and successes of others. Strainprint maintains an active community of cannabis users, including novices and experienced users. We make it possible for users to track their sessions and research strains according to their ailments. We believe in mindfully medicating, and we afford you the technology to prove it.