Bad Seed: Cannabis’s History as the Most Notorious Plant in America 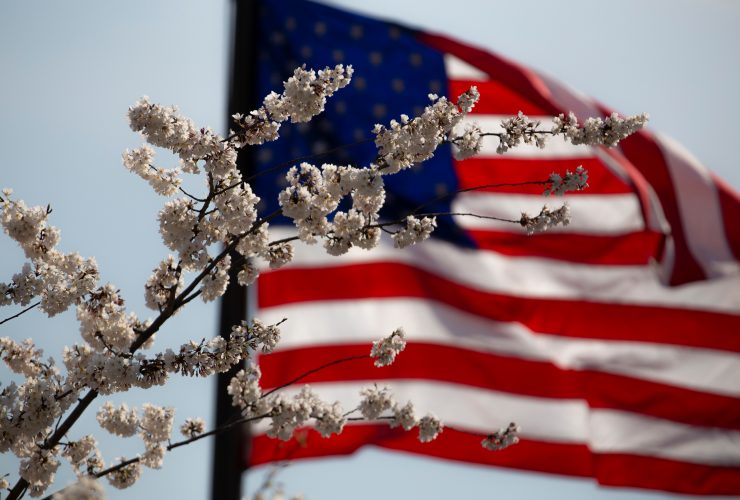 Bad Seed: Cannabis’s History as the Most Notorious Plant in America

Cannabis has a long, storied history in the Americas filled with literal highs and sobering lows. Its presence in the New World predates the formation of the United States and brought slaves to Brazil and the Carribean. After the US revolution, many early presidents including Washington, Madison, Jackson, and Jefferson were known cultivators.

They were prolific growers, primarily of hemp, which itself is a non psychoactive form of c. sativa, however there are records of all varieties being grown.

From the time of America’s early founding until just past the turn of the 20th century the cultivation of cannabis was widespread with little regulation. Indeed, production was encouraged for its many industrial applications. These attitudes and the hemp industry prevailed and thrived until the early part of the twentieth century in the US.

The Pure Food and Drug Act of 1906 regulated patent medicines including those containing cannabis products. Patent medicines were an objective scourge, frequently they did more harm than good to their user. Addiction was prevalent, especially opioids, for a large number of veterans still recovering from the Civil War. Unfortunately, this marked the beginning of the end for the freedom of cannabis use in the US. Although it came with the much needed regulation of patent medicines, never again would Americans have such unfettered access to cannabis.

Though the history of the regulation of cannabis started under the auspices of public health, the full story isn’t complete without an understanding of the deep racial and political motivations driving its prohibition.

Due to prevalent, institutionalized racism in the US, especially at that time, minority users of cannabis were specifically targeted, villainized, and persecuted. African Americans, who were but a generation removed from slavery at that point, bore the brunt of that persecution. Culturally, black slaves had a long tradition of cannabis consumption stemming from historic slave trading regions and throughout the continent, where, for example, cannabis use was recorded as far distant as in Egyptian empires. Mexican migrant workers in the Southwest were also prominent users and another prime target, in fact,  the term “marijuana” is borrowed from them.

One of the most infamous figures in cannabis prohibition was Henry J. Anslinger, a prominent US government official. During his career, he was once head of the Treasury Department’s Bureau of Prohibition.  In addition to cannabis, the department was interested in regulating opium, popular among Chinese immigrants of the time.

Although there were dedicated, continual efforts, the eroding of cannabis rights was gradual, starting with several acts throughout the mid-1920s.  By 1930 the Federal Bureau of Narcotics under Anslinger was established and the aggressive push to prohibit cannabis kicked into full swing.

Propaganda, now looked upon comically,  was used heavily and to great effect at the time.  Reefer Madness is an often cited example of the outrageous and patently false information being disseminated to stoke hysteria on the dangers of cannabis from that time. Anslinger also took aim at other elements of counterculture and Black Jazz musicians were frequently a target of his rhetoric.

Thankfully not everyone was convinced of the evils of cannabis and many sought to dispel the mistruths being forced upon the public. The La Guardia Committee, formed in 1939 by New York Mayor Fiorello La Guardia, refuted many of the claims against cannabis in the only US government scientific study to date, drawing much of the ire of the prohibition campaigners. His work went largely unnoticed in the tide of legislation against cannabis for the rest of US history.

Undeterred by scientific fact from the committee, in 1937, the Marihuana Tax Act was passed in the United States which essentially destroyed the US hemp industry. It had to be revived for WW2 with “Hemp for Victory” for use in warship nautical rigging, the film being a classic example of wartime propaganda promoting its cultivation.

Mandatory sentencing began in the 1950s and evolved until 1971 when President Richard Nixon declared the infamous War on Drugs. This program has been widely criticized for being racially motivated and was intended to target hippies and black people.  In the 1990s, states like California experimented with “three strikes” laws.  This system, with lengthy mandatory offenses for nonviolent drug infractions disproportionately affected African American communities in another often cited example of racially motivated legislation particular to cannabis.

In 1996, California became the first state to regulate medical marijuana with prop 215.  Many states have since followed suit currently 33 states and DC have medical cannabis. In 2012, Washington and Colorado became the first states to legalize recreational cannabis.  During the Obama administration prosecution of marijuana was deemed a non priority by the Department of Justice. Under the current administration there has been a stark reversal in attitude although the current leadership at the Department of Justice has changed since having reversed its opinion from the Obama administration.

Despite still being federally prohibited,  11 states and Washington DC now have legal cannabis regulations in place.  Nationally, the US frequently resists international rescheduling efforts and has ignored progressive actions like Canada’s recent decision to legalize cannabis. Mexico is considering legalizing cannabis to curb its own drug-related violence. Federal reschedulization will be necessary if the US hopes to catch up to its neighbors.

Today, although much is changing for cannabis in the US, meaningful progress at a federal level continues to lag, especially considering strides taken by Canada over the last two years. Despite current backward political attitudes, the recognition of cannabis’s many benefits to its users is undeniable.  The pace of change has ebbed over time for the US, but progress has remained constant for cannabis since prohibition.  Although it’s been called a weed in the past, the future will reveal fully what an amazing plant cannabis really is.