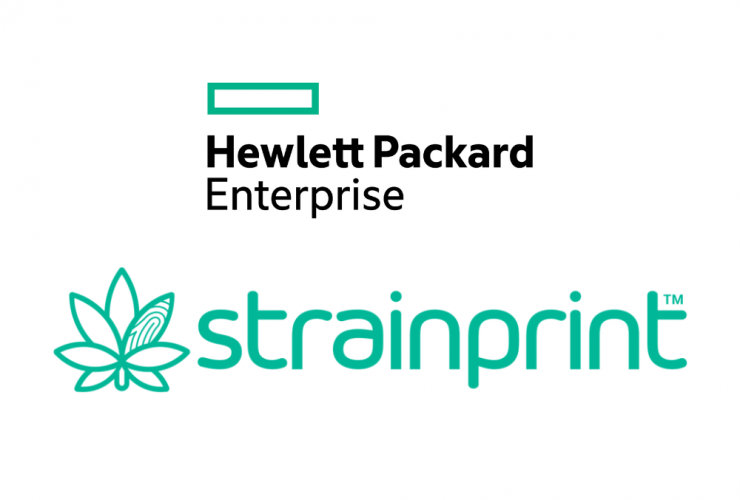 5 insights that big data has gleaned about cannabis

How do you collect data when the data stems from a substance that’s not fully understood, not regulated, and in most countries, not legal?

That’s the question David Berg, data scientist and CEO of Strainprint, asked himself in 2016 about the controversial cannabis plant. He spoke about the research at the Cannabis World Congress in New York.

Cannabis—also known as marijuana, pot, weed, grass, dope, ganja, skunk, spliff, fatty, and the cabbage of enlightenment (OK, I made that one up)—is a plant that has been used for its healing effects as far back as the Bronze Age. But it’s the plant’s psychoactive effects that has made cannabis reviled by politicians. Now, after almost 100 years of criminalization, lawmakers are finally seeing the light through the smoke about the potential medicinal use of cannabis.

Oh, did I say medicinal use? What I mean is, politicians are seeing tax revenue potential on a $10 billion industry that may grow to $20 billion by 2022, according to Marijuana Business Daily.

But because of the no-go legal status of cannabis in most countries (it became legal to use in Uruguay in 2013 and Canada in 2018) and legalization in only a few U.S. states, it’s been slow going for scientists and medical researchers who have high hopes for the plant’s medicinal benefits.

Strainprint offers a free mobile app that lets users input their medical conditions and the strain of cannabis they use to treat it. Strainprint, a Canadian company, was created in response to a particular problem: While there are more than 1,700 strains of cannabis on the Canadian market, companies in Canada can’t legally promote their products (seriously). That means patients don’t have a way to differentiate one product from another, Berg said at the conference. So the company’s app recommends different strains, based on the results of its thousands of users.

Strainprint collects the data the same way clinical data is gathered. “In fact, we collect more data per session than any clinical trial,” Berg said. “This data is then compared against all cohorts in the treatment group, outliers are removed, and the data runs through our verification algorithms. We have made extensive investments into AI to stop gaming activity and to improve data validity.” On top of that, five Canadian physicians monitor its data collection.

After gathering 65 million data points, Strainprint is now the largest medicinal cannabis dataset in the world. (Although the U.S. website Leafly has indexed 2,900 strains of cannabis, its data is based on casual self-reporting.)

In his presentation, Berg shared some insights Strainprint has learned from its own dataset, perhaps serving as inspiration for learning new ways to interpret your own corporate data.

Men and women react differently to cannabis as they age

According to Berg, “As females age and estrogen and cortisol levels change in their 40s and 50s, the products they use for very specific maladies change.”

The same is true for men, particularly those with testosterone deficiency and prostate issues. “As the testosterone levels change, the way you interact with cannabinoids changes as well,” said Berg.

So if a tried-and-true strain of cannabis has either relieved your tension headache or has made you sky high, you may find its efficacy changes over time. Talk to your friendly budtender. It’s why they get paid the small bucks.

Your choices are more complex than “indica vs. sativa”

There are two major species of the cannabis plant: indica and sativa (coffee drinkers: kind of like arabica and robusta). As botanophiles know, indica makes you relaxed (i.e., puts you “in da couch”), while sativa boosts your creativity (i.e., gets you crunked up).

Berg said this rule of thumb should take a hike: The data says otherwise.

Thanks to the input of Strainprint’s many users, Berg said, “I can show you many indicas that make you alert and happy. I can also show you many sativa strains that will put you in the couch.”

There’s no hard-and-fast rule for which bud is for you and which reefer is badness. The reason best boils down to terpenes, the 120 odiferous organic compounds that help comprise the cannabis plant. When these terpenes interact with the cannabinoids (THC and CBD), they modify its effects. Therefore, a typically stimulating sativa that’s high in the terpenes myrcene, linalool, and caryophyllene instead becomes sedating. Then there are flavonoids, yet another compound that makes cannabis a powerhouse of a plant.

“Cannabis is not just about THC and CBD. It’s about the combination of those elements with terpenes and flavonoids,” Berg said.

You think you know your strain? Think again

Not all cannabis plants are alike. Some help relieve pain, while others help you sleep. But what surprised Berg most of all in his data? “To see the difference in variance between batches and even between suppliers,” he said.

Users of medical cannabis are now trying it recreationally

Because medical cannabis users have used it to good effect, its perception as a dangerous gateway drug has been demystified, Berg said. Perhaps users are just less afraid to use it, he mulled.

“We already see patients in the medical supply chain purchasing recreational cannabis,” he said. “I think we’re going to see more of that.” And with each medical user potentially becoming a recreational user, it means the market for cannabis might expand even more than previously anticipated.

The five most common ailments that medical cannabis users are treating

In the U.S., drugs derived from cannabis have only been federally approved for the treatment of Dravet syndrome and Lennox-Gastaut syndrome (forms of epilepsy); in Canada, the U.K., and parts of Europe, only one drug has been approved to treat the symptoms of multiple sclerosis.

Which means there’s a hole in the medical marijuana market where treatment should be.

Get to work, regulators. Cannabis may be known as Mary Jane, toke, and dank. But if the U.S. government lifts its restrictions, it will soon be known as big business.