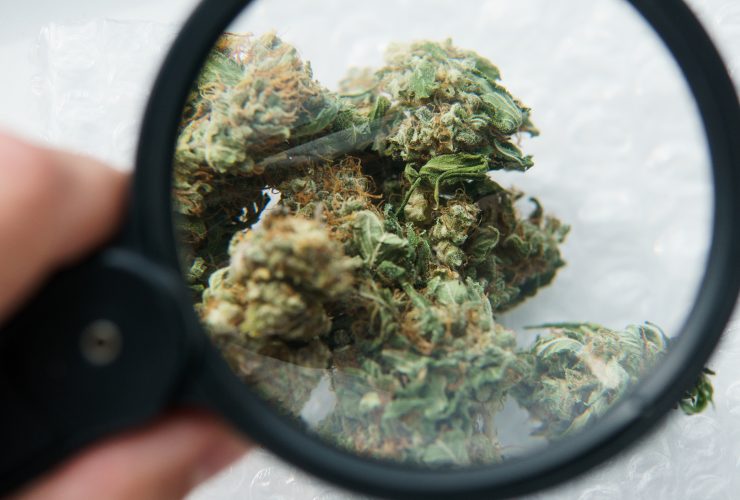 The cannabis herb offers many molecules that have been found to provide medicinal efficacy for patients and health and wellness benefits for “adult use” consumers. Among these healthful chemicals are cannabinoids, terpenes, and flavonoids.

Terpenes are the molecules responsible for the sometimes pungent aroma of many strains of cannabis. With 200 terpenes possible in an individual strain (or cultivar) of cannabis, an almost unlimited number of subtly distinct scents has been produced by breeders and cultivators over the centuries.

From an evolutionary perspective, terpenes serve the purpose of protecting cannabis plants from predators and pests. These odiferous chemicals are manufactured in the gooey resin glands called trichomes found in the greatest numbers on female plants during the final weeks of the flowering cycle of growth.

More than 20,000 terpenes exist throughout nature. Interestingly, many individual terpenes are present in a variety of plant types. For example, pinine is a popular medicinal terpene that has been found to reduce systemic inflammation and act as a bronchodilator (assists in allowing airflow through the lungs). Major terpenes found in cannabis include many found in other plants in nature, including limonene (citrus), humulene (hops used to brew beer), and geraniol (geraniums).

The major terpenes found most commonly in commercially available strains of cannabis in legal countries, states, and provinces are detailed below:

According to SC Labs in San Francisco, a particular cannabis strain’s volume/concentration of myrcene dictates whether it exhibits an “indica” or “sativa” effect. Strains containing >0.5% myrcene produce a more sedative effect, while those with <0.5% myrcene provide an energizing, cerebral efficacy. Sativa strains are also sometimes associated with appetite suppression and the ability to mentally focus, while polarized indica varieties often deliver appetite stimulation, sedation, and even slumber.

Recent research and anecdotal evidence is helping thought leaders and medical researchers form modern, cogent theories regarding the various efficacy categories of an individual strain of cannabis. This includes categorizing and commercially labelling particular strains of cannabis, and even samples (via batch testing required by jurisdictions) regarding how they affect some or the majority of patients (efficacy is highly subjective) for things like appetite, energy level, mood, and cognitive function (including attention span and even performance enhancement.