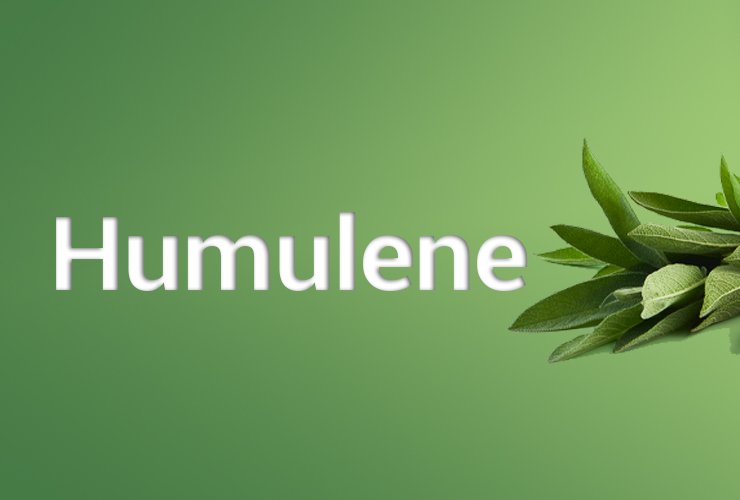 The cannabis plant is infamous for producing the psychoactive molecule tetrahydrocannabinol (THC). This chemical—which binds with a body-wide network of special cellular receptors in mammals dubbed the endocannabinoid system(ECS)—is part of a category of wellness molecules derived from cannabis called cannabinoids. More than 100 cannabinoids have been isolated and identified to date, including cannabidiol (CBD), cannabigerol (CBG), and cannabinol (CBN).

Cannabis consumers, wellness practitioners, and entrepreneurs are beginning to understand the medicinal and economic benefits inherent in a family of molecules other than cannabinoids called terpenes. A wealth of research has identified a broad scope of health benefits resulting from the consumption of these molecules.

Like cannabinoids, terpenes have been found to assist in balancing and otherwise optimizing the ECS. This results in several benefits, one of which is a sometimes significantly strengthened immune response, including the research-demonstrated ability to put some life-threatening diseases into “complete remission.”

Terpenesare the special compounds produced by cannabis that are responsible for its sometimes pungent aroma. Despite urban legend, the evolutionary purpose of their olfactory qualities is not solely to attract humans and be smoked by them. Instead, the fragrance of cannabis serves the dual role of dissuading pests and predators while simultaneously attracting potential pollinators (including humans, via cultivation and selective breeding).

A major difference between cannabinoids and terpenes is that cannabinoids are produced by only the cannabis plant (as their name suggests), while terpenes are manufactured by more than 20,000 plant species in nature. These special molecules manifest as “more than 40,000 [chemical] structures reported so far,” according to a 2017 research study.

Humulene, also known as α-humulene, is a relatively common terpene that is produced by many plants other than cannabis. This encompasses basil, the hops used to brew beer, clove, and many types of wood. Humulene conveys an overall herbal aroma that is reminiscent of earth, musk, or spice.

The exact scent achieved by a cannabis plant depends on the nuanced composition of its terpene profile(the presence and ratios of all of the terpenes that it produces). Popular consumer cannabis products in many legal jurisdictions provide a terpene profile via a document called a Certificate of Analysis (CoA), which is provided by an independent testing laboratory (and bundled with the product packaging or available upon request).

From the perspective of medicinal efficacy, humulene has been found to reduce inflammation while also acting as an antibacterial agent. It has also demonstrated significant anti-cancer efficacy for major forms of the common disease, including breast cancer.

Prior to bearing its current name, humulene was labeled by scientists and chemists as alpha-caryophyllene(α-caryophyllene). This was for good reason. Humulene is produced in greater volumes in cultivars of cannabis that also feature richer levels of the terpene beta-caryophyllene(BCP).

This is logical, given that the two terpenes feature the exact same chemical formula, but a different molecular structure. The same is true for other plants in nature in terms of the occurrence of both BCP and humulene. Basil, clove, and sage also produce ample amounts of these two similar terpenes.

A 2016 research studyentitled “β‐caryophyllene and β‐caryophyllene Oxide—Natural Compounds of Anticancer and Analgesic Properties” that was published in the journal Cancer Medicineexplored the ability of terpenes such as BCP and humulene to effectively treat cancer, specifically investigating its efficacy for breast cancer (the most common form of the disease).

Reported the study, “α‐humulene exhibited significant antiproliferative activities against…[cancer] cells. Moreover, the cytotoxic [toxic] effect of not only α‐humulene, but also iso‐caryophyllene, was enhanced by BCP.” The study revealed that humulene and iso-caryophyllene were most effective at combating cancer when paired with BCP. The researchers reported that these molecules “were more effective in [the] reduction of…human breast cancer cell line proliferation [when acting together] than when used separately.”

A 2007 studyentitled “Anti-inflammatory Effects of Humulene and Caryophyllene Isolated from the Essential Oil of Cordia Verbenacea” that was published in the European Journal of Pharmacologyinvestigated the anti-inflammatory properties of BCP and humulene. The researchers reported, “Our results revealed that oral treatment with both compounds displayed marked inhibitory effects [reductions] in different inflammatory experimental models in mice and rats.”

The study found the anti-inflammatory efficacy of humulene and caryophyllene to be “comparable to those observed in [animals treated with] dexamethasone,” a popular control drug.  The study’s researchers concluded that terpenes such as humulene and BCP display promise in the treatment of a variety of diseases that share the root cause of inflammation. “These findings indicate that alpha-humulene and trans-caryophyllene, derived from the essential oil of C. verbenacea, might represent important tools for the management and/or treatment of inflammatory diseases.”

A 2006 study entitled “Composition and Antibacterial Activity of Abies Balsamea Essential Oil” that was published in the journal Phytotherapy Researchexplored the ability of humulene, as found in balsam fir oil, to act as an antibacterial in the treatment of two common strains of bacteria: Escherichia coli and Staphylococcus aureus.

The oil employed in the study contained several terpenes, not all of which were effective as antibacterial agents. However, alpha-pinene (α-pinene), beta-caryophyllene, and humulene were found to effectively exert significant antibacterial activity. Interestingly, the study found that the terpenes beta-pinene (β-pinene) and delta-3-carene were ineffective against these two particular bacterial strains.

Patients and consumers wishing to gain the benefits of humulene, including reduced systemic inflammation, anti-cancer and anti-tumor efficacy, and antibacterial actions should seek out cultivars of cannabis that are rich in this terpene (as well as its molecular sibling, BCP). Evidence continues to mount that patients who supplement their ECS with terpenes such as humulene are sometimes better able to fight disease and improve their health, both physically and psychologically.