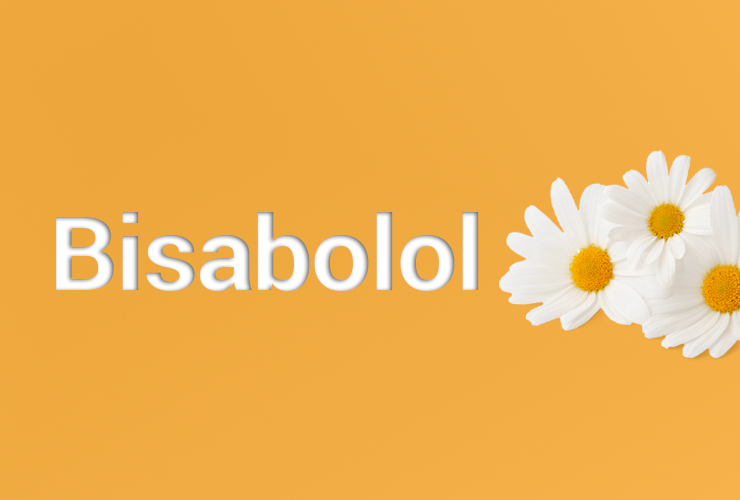 Bisabolol, also called a-bisabolol and levomenol, is a terpene that is known for delivering a fresh floral aroma that sometimes includes a sweet hint of citrus or spice. Discovered and first isolated in 1951, it is commonly used as a fragrance ingredient in cosmetic and dermatological products, including after shave cream, deodorants, lipstick, and sport creams.

This terpene is found in many plant species other than cannabis, including chamomile (which has been shown to contain up to 50 percent bisabolol), sage, and South American (Brazilian) candeia tree.

Bisabolol has been revealed by many research studies to deliver significant medicinal benefits, including skin repair/healing and anti-inflammatory and anti-microbial properties. Studies have shown that bisabolol conveys additional health benefits, including analgesic (pain management), antibiotic, anticancer, and antioxidant properties.

In addition, bisabolol has demonstrated the unique ability to increase the absorption of other medicinal molecules by the dermal layers of the skin. This makes this terpene a potentially valuable companion ingredient in topical formulations.

A variety of research has revealed the medicinal benefits of the terpene bisabolol, including the peer-reviewed studies cited below.

A 2016 research study entitled “Nephroprotective Effects of α-bisabolol Against Ischemic-reperfusion Acute Kidney Injury” that was published in the journal Phytomedicineinvestigated the ability of bisabolol to treat kidney injury, especially in terms of its antioxidant properties. The study found that protective and other forms of positive efficacy were provided by this terpene for diseases and conditions involving the kidneys. The study’s authors attributed much of this benefit to the antioxidant properties of bisabolol.

“In conclusion, α-bisabolol showed an important protective effect in both in vivo and in vitro models of kidney I/R, mainly by reducing tubular damage. This effect may be related to its antioxidant properties,” concluded the researchers.

A 2014 study entitled “α-bisabolol Reduces Pro-inflammatory Cytokine Production and Ameliorates Skin Inflammation” that was published in the journal Current Pharmaceutical Biotechnologyexplored the ability of bisabolol to reduce skin inflammation and irritation.

“This study was undertaken to evaluate the therapeutic profile [of bisabolol] against skin inflammation using in-vitro, in-vivo, and in-silico assays,” reported the study’s authors.

The researchers investigated the effect of bisabolol specifically on skin issues in rodents. “Skin inflammation in mice was significantly inhibited by α-bisabolol,” reported the study, concluding that its findings “suggest that α-bisabolol may be a useful therapeutic candidate for the treatment of skin inflammation.”

A 2010 study entitled “α-Bisabolol Induces Dose- and Time-dependent Apoptosis in HepG2 [Cancer] Cells” that was published in the journal Biochemical Pharmacologyexplored the ability of bisabolol to treat liver cancer. Apoptosis is a form of genetically preprogrammed cellular suicide exhibited by some forms of cancer cells during particular conditions, including exposure to or interaction with a variety of cannabis-derived terpenes and cananbinoids.

The research study reported that this terpene provides positive efficacy in the treatment of various types of cancer. “α-bisabolol could effectively induce cytotoxicity in several human cancer cell lines,” reported the study.

A 2009 study entitled “A Review of the Application and Pharmacological Properties of α‐Bisabolol and α‐Bisabolol‐Rich Oils” that was published in the Journal of the American Oil Chemists’ Societyinvestigated the overall efficacy of this terpene.

The researchers noted the low toxicity and anti-inflammatory characteristics of bisabolol. The study defined several of the terpene’s more beneficial characteristics, including its ability to treat pain, act as an antibiotic, and its potential role in the treatment of cancer.

“The use of α‐bisabolol or bisabolol‐rich oil as an anti‐inflammatory agent is ubiquitous. This compound also exhibits several other pharmacological properties, such as analgesic, antibiotic, and anticancer activities,” concluded the study’s researchers.

Bisabolol, depending on the presence and ratios of other terpenes, enhances many cultivars of cannabis with a fresh and sweet aroma. More important, however, is the wide-ranging and research-proven medicinal efficacy delivered by this molecule for a variety of diseases and conditions. Among these are cancer, liver disease, and many skin conditions.

While some cultivars of cannabis are a good source of this terpene, other plants in nature—including chamomile and sage—also produce bisabolol. This terpene has shown promise for patients seeking relief from conditions such as inflammation, pain, and skin irritation. As cannabis product formulations continue to improve, bisabolol may also play a beneficial role in various therapeutic regimens, especially as it pertains to topicals.