Cannabinoids, Terpenes, and the Entourage Effect: A Brief Primer 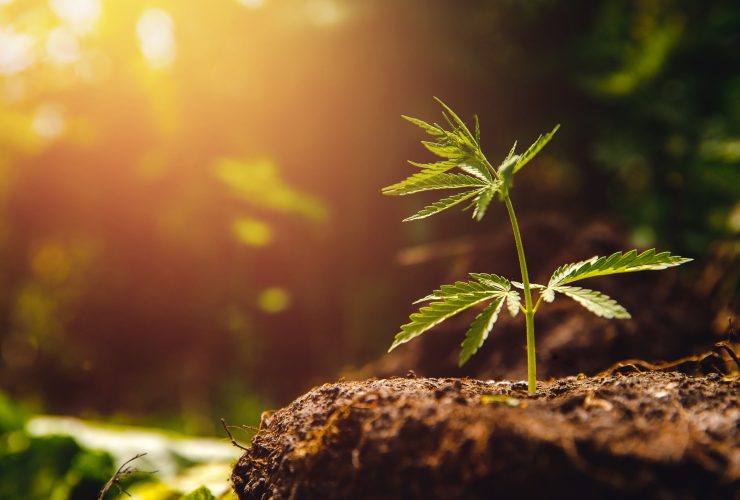 This brief analysis and comparison of the phytomolecules called cannabinoids and terpenes that are derived from the cannabis herb serves as one of the precursors to Strainprint’s Understanding Terpenes Series.

Other supplemental articles for the Understanding Terpenes Series that serve as instructional prerequisites include:

The cannabis plant is infamous for producing the psychoactive molecule tetrahydrocannabinol (THC). This chemical—which binds with a body-wide network of special cellular receptors in mammals dubbed the endocannabinoid system (ECS)—is part of a category of wellness molecules derived from cannabis called cannabinoids. More than 140 cannabinoids have been isolated and identified to date, including cannabidiol (CBD), cannabigerol (CBG), and cannabinol (CBN).

Despite nearly a century of prohibition and being largely misunderstood by modern consumers and medical professionals alike, the psychoactive benefits of THC are eclipsed by its wide range of non-psychotropic medicinal properties. These include reduced anxiety and depression, decreased systemic inflammation (of value to those suffering from a range of diseases, including arthritis, Crohn’s, fibromyalgia, and multiple sclerosis), analgesia (pain reduction), antiemetic properties (elimination of or reduction of nausea), and anti-cancer value.

Cannabis consumers, wellness practitioners, and entrepreneurs are beginning to understand the medicinal and economic benefits inherent in a family of molecules other than cannabinoids called terpenes. A wealth of research has identified a broad scope of health benefits resulting from the consumption of these molecules.

Like cannabinoids, terpenes have been found to assist in balancing and otherwise optimizing the ECS. This results in several benefits, one of which is a sometimes significantly strengthened immune response, including the research-demonstrated ability to put some life-threatening diseases into “complete remission.”

Despite urban legend, the evolutionary purpose of the olfactory qualities of terpenes is not solely to attract humans and be smoked by them. Instead, the fragrance of cannabis serves the dual role of dissuading pests and predators while simultaneously attracting potential pollinators (including humans, via cultivation and selective breeding).

The strong odor of a mature female cannabis plant acts as both lure and repellant. It is a friendly warning to insects, herbivores, and omnivores, broadcasting a perpetual message of “Stay away, you’ll find me a repulsive meal.” Simultaneously, the infamous aroma of cannabis strives to attract creatures that, instead of eating or killing it, assist in its propagation and overall genetic success.

Once thought to merely deliver the enticing odors that have become associated with various cultivars (strains) of cannabis (such as “skunk” and “cheese” varieties), decades of research have demonstrated that terpenes provide medicinal value to humans that rivals that of their cannabinoidal cousins such as CBD, CBG, and THC.

More than 200 terpenes have been identified in the cannabis genome (the entirety of the DNA of this herbal species) to date, but only a subset of these appear in an individual cultivar of the herb. The most common terpene in cannabis is myrcene, followed by pinene (the most common terpene throughout nature).

A major difference between cannabinoids and terpenes is that cannabinoids are produced by only the cannabis plant (as their name suggests), while terpenes are manufactured by more than 20,000 plant species in nature. These special molecules manifest as “more than 40,000 [chemical] structures reported so far,” according to a 2017 research study.

Both patients and wellness professionals are becoming aware of the sometimes powerful medicinal efficacies inherent in the terpenes produced by the cannabis genome.  It must be stressed that the theoretical efficacy of an individual terpene—such as myrcene, limonene, or pinene—is confounded by the fact that it is typically consumed in tandem with other terpenes and cannabinoids (including flavonoids, 20 types of which are produced by cannabis).

This is especially true for patients who gravitate toward full-spectrum and “whole plant” products. This issue is addressed by a theory called the entourage effect, the term coined by Dr. Ethan Russo, a California-based neurologist and one of the pioneers in the field of cannabinoid and terpene research for medical applications.

In his pinnacle study, Russo explains how cannabinoids and terpenes intermingle in the human body to modify the effects of one another and, in essence, create an overall different or greater efficacy based on the exact molecules present and, of equal importance, the ratios in which they appear.

Examples of this intricate mechanism revealed by the study include myrcene’s ability to reduce the selectivity of the blood-brain barrier, allowing molecules like THC and CBD to pass this extremely discerning biological filter more easily and in greater quantities. While myrcene illustrates how a terpene can amplify, or boost, a cannabinoid, the terpene pinene has been shown to buffer THC by reducing the cognition and memory impairment that sometimes accompanies the infamous psychoactive molecule.

Russo’s research also demonstrated that a combination of caryophyllene, myrcene, and pinene is helpful for reducing and treating anxiety (more than 100 million Americans suffer from the most common form of this ailment, social anxiety).

The study also revealed that a combination of the terpenes limonene and linalool and the cannabinoid CBG is helpful in treating MRSA (methicillin-resistant staphylococcus aureus), the most treatment-resistant form of staph infection. CBD, limonene, and linalool have been investigated for their ability to fight acne and treat other skin conditions, including eczema and psoriasis. When combined with THC, the cannabinoid CBN produces an enhanced sedative effect.

The pioneering Russo study concluded multiple beneficial interactions between myrcene and several major cannabinoids, including THC and CBD, a few examples of which are listed below.

As research studies reveal more of the complex behaviors and interactions of terpenes and cannabinoids, the entourage effect (perhaps more aptly named the “ensemble effect”) will be better understood by patients and physicians.

Current and ongoing peer-reviewed research studies—some of which are full clinical trials involving dozens or hundreds of human subjects, not merely literature reviews or in vitro studies involving no living creatures—continue to reveal the health and wellness benefits of phytomolecules such as cannabinoids and terpenes.

Together, these two categories of chemicals offer a wealth of medicinal value to those suffering thousands of diseases and conditions, many of whom do not respond to conventional pharmaceutical therapies.

More generalized studies of the ECS and its impact on human health, including immune response, are teaching wellness professionals how best to combine and formulate phytomolecules such cannabinoids and terpenes to fight specific diseases and conditions.