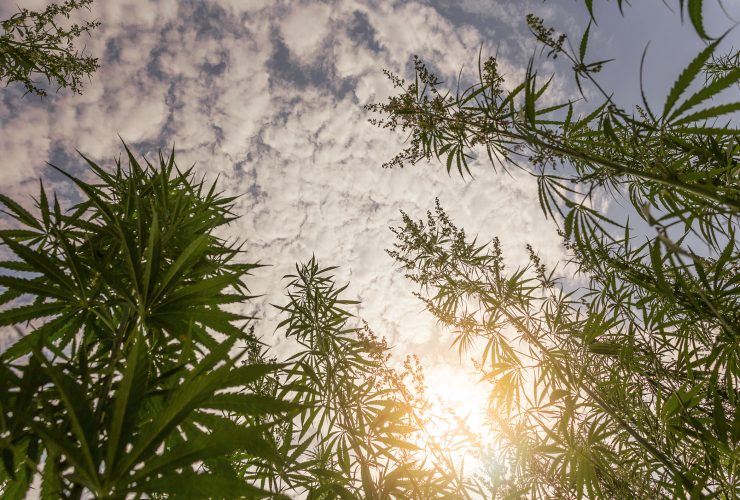 The current wave of adult use cannabis legalization that is sweeping North America can drown the average consumer—who may simply seek relief from a disease or condition for which traditional pharmaceutical therapies have little efficacy—in confusion and technobabble.

Products labeled as containing “hemp-derived CBD” or “cannabis-sourced terpenes” can confuse even seasoned patients and cannabis consumers. This article will clarify the basic types of cannabis and the terminology used to describe variants, subspecies, and the many characteristics of this unique plant that is, technically, both an herb and a vegetable.

The following topics will be covered:

There are two variants of the plant traditionally called “marijuana” or “pot”: Hemp and cannabis. Hemp is the male form of the plant that has been bred to purposefully contain no more than 0.3% tetrahydrocannabinol* (THC), the psychoactive member of a family of molecules called cannabinoids for which the human body has specific microscopic cellular receptors (within something called the Endocannabinoid System). << LINK TO “Understanding the Endocannabinoid System”

Male hemp plants are farmed for two main purposes, both of which epitomize the herb’s celebratory mantra of “Food, Fuel, Clothing, Shelter”:

Cannabis is bred for the opposite purpose, with the intent of producing plants that are as rich as possible in THC and its non-psychoactive—but equally medicinal—cousin cannabidiol (CBD). Unlike hemp’s focus on the strong fibers and seeds of male plants, cannabis is derived from the flowers, not stalks, of only female plants.

Cannabis and hemp contain two types of molecules that are of interest to humans due to their health benefits and psychoactive (euphoric) effects: Cannabinoids and terpenes. Both of these molecules fit into specific microscopic receptors on the surface of cells called CB1 (found in the brain and central nervous system) and CB2 (located in the organs and tissues of the immune system).

The most abundant and common cannabinoids are THC and cannabidiol (CBD), but many others can be expressed in a single phenotype of a particular strain of cannabis (it is estimated that more than 100 cannabinoids may manifest in a cannabis plant). A phenotype is a family of plants that exhibit particular characteristics based upon the interaction of their DNA (genetics) and the unique environmental conditions in which they are growing.

Like cannabinoids, terpenes are categorized as “major” and “minor” based on the volumes in which they are commonly found. Major terpenes include myrcene, pinene, and linalool, but more than 200 of these volatile molecules may be present in a particular strain of cannabis (while more than 20,000 varieties of terpenes exist throughout all of nature).

The sativa vs. indica framework, regardless of its technical accuracy*, in which each is a subspecies of the common ancestral parent Cannabis Sativa that is believed to have originated in Eastern Asia, provides a convenient mental model by which patients and medical professionals can categorize, reference, and better understand the thousands of strains of cannabis available via legal and black markets.

In a nutshell, sativa strains of cannabis are uplifting, cerebral, and energizing. A patient who is sensitive to potent cannabis might suffer insomnia if they consume a strong sativa in the evening before bed. Some sativa strains, especially very potent examples, may cause severe anxiety or even panic attacks in users, especially new consumers. Examples of sativa strains include Jack Herer, Durban Poison, Voodoo, Sour Diesel, Lemon Haze, and Tangie.

Indica strains, on the contrary, are relaxing, calming, and sometimes even sedating. The infamous condition of couch lock, during which a cannabis consumer becomes so lethargic that they find it difficult to physically move, is attributed to potent examples of certain indica strains. Cannabis strains that typically express themselves as an Indica include Northern Lights, LA Confidential, Death Star, and any of a wide variety of Kush breeds, including Bubba Kush, Master Kush, and Hindu Kush.

*While the topic exceeds the scope of this article, it should be noted that many researchers and experts believe the entire topics of indica vs. sativa to be fraught with problems and inaccuracies. Cynics of this traditional model believe instead that the efficacy of any strain of cannabis, including its energizing or sedating characteristics, is the result of a delicate balance of cannabinoids like THC and CBD and their molecular cousins the terpenes.

Medical researcher Mara Gordon of Zelda Therapeutics in California estimates that there are more than 6,000 strains of cannabis available throughout the world.

Adding a sometimes confusing level of detail to the topic is the presence of different phenotypes of an individual strain. Think of a phenotype as a particular expression of a strain that results from a combination of its genetics (selective breeding) and the environmental conditions under which it was cultivated (indoor versus outdoor, Northern California versus British Columbia, etc.).

Armed with a common vocabulary and fundamental understanding of the interaction of phytochemicals—like cannabinoids and terpenes—with the endocannabinoid system of the human body, patients can more confidently participate in communities of like-minded others. The complexity of the topic of cannabis medical efficacy is neither shallow nor simple; consumers and patients who understand as much as possible about this complex herb will expedite their pursuit of health and homeostasis.

*The international definition of hemp was developed by Canadian researcher Ernest Small in 1971 with the publication of his little-known, but obviously very influential, book entitled The Species Problem in Cannabis.

Small acknowledged that there is not a natural point at which the cannabinoid content of a cannabis plant can be used to distinguish between hemp and cannabis. Despite this, he established an arbitrary line on the continuum of cannabis types, deciding that 0.3% THC in a “sifted batch of cannabis flowers” is the differentiator between hemp and marijuana.