Landrace Strains: Cannabis Strains and Where They Come From 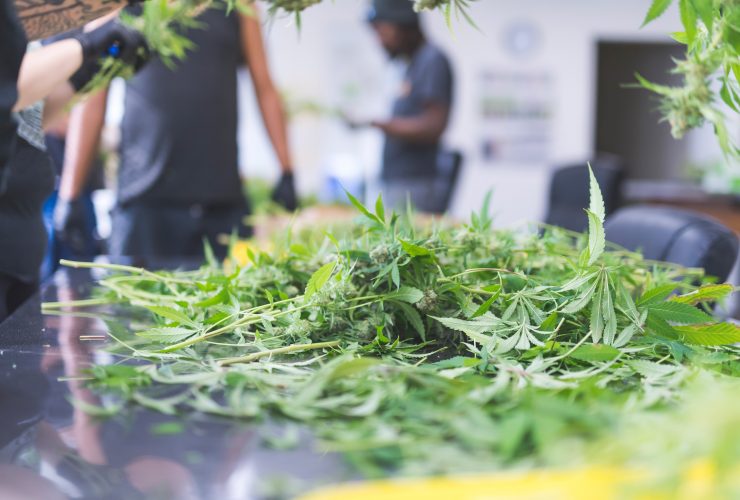 Landrace Strains: Cannabis Strains and Where They Come From

It is believed that cannabis originated in Central Asia and during the process of human migration, seeds were spread across the Middle East, Africa, and beyond where they developed distinct differences in their new, isolated homes. Each region where cannabis has grown natively or been uniquely cultivated has its own history and identifiable strains.

Cannabis by region can be traced back to landrace strains that are the original foremothers of the unique and regional strains we know now. In science “landrace” means a plant or animal that is human-cultivated and develops unique qualities based on its location due to isolation from other populations of the species. Some of those strains include Durban Poison from South Africa and Hindu Kush from the Kush mountain range between Pakistan and Afghanistan.

It wasn’t until gardening and hot-house technology developed that we began to see original cannabis strains developed in colder places like Canada and Europe.

As cannabis spread, so too did it’s unique adaptability to region and cultivation. Now, even outside of its ideal growing environments of warm sandy soil, we are seeing strains that originate from all over the world. It might surprise you to know that even colder climates like Canada are proud to boast a few unique strains that have become the parents of dozens of strains originating from the northern climates of North America.

From the longitudinal heart of Canada, it’s only fitting to start with Manitoba Poison. As you might guess from the name, this 50/50 hybrid strain has a parent potentially related to the Durban Poison strain as well as a strong, unknown Sativa. It is well-known for its earthy and woodyaroma, and a happy, relaxed high.

Possibly one of Canada’s most famous strains, Jean Guy is a hybrid from Quebec derived from the White Widow pheno.  This strain is known for its hints of lemon and pine and tart citrus smell giving you a heady high with great pain relieving effects.

There is no prouder badge of honor than creating a strain of Cannabis specifically designed to help cancer patients enjoy life while undergoing Chemo treatment. And that’s exactly what UBC did when they created the Chemo strain of cannabis back in the 1970s. Chemo has spread throughout the world to ease the discomfort of cancer treatments and is considered an international treasure.

Mendocino Purps, nicknamed The Purps, is a worldwide legend for that peaceful easy feeling. The strain takes its name from Mendocino County in Northern California where it began as a clone only plant. However, The BC Bud Depot went on to develop a stable cross that provided seeds. With a distinctly sweet berry flavor, the Purps is considered a great treatment for pain, stress, and depression.

Cannabis traveled over land to Europe and though the climate is colder and the soil rockier, that certainly didn’t stop cannabis-lovers from cultivating their own special flavors and varieties now considered native to the European continent.

If you’re looking for a legendary European strain, look no further than White Widow. This strain is now known all over the world as a powerful hybridwith beautiful glittering white trichomes. Originally developed and grown in the Netherlands, White Widow was bred from a Brazilian sativa and a hybrid from southern India.

This iconic strain hails from the United Kingdom which is surprising as the UK isn’t known for cannabis production; it’s sometimes referred to as Original Cheese and it’s believed to have originated from Skunk #1 pheno.  Known for its pungent aroma this aptly named strain is an indica dominant hybrid boasting a relaxing blissful high.

A cross between MK Ultra and G13 Haze, this high CBD strain has been bred in Spain because of its low THC, high CBD ratio. Cannatonic is well known in the medical cannabis community; often being used for pain, anxiety and migraines, among many other symptoms this mild earthy strain has many medicinal uses.

If there is one thing we have learned about cannabis as it has migrated across this amazingly diverse planet is that this medicinal plant has the ability to adapt and thrive through the many different diverse climates it habitats and who knows what the future holds for cannabis as it continues to evolve and adapt.