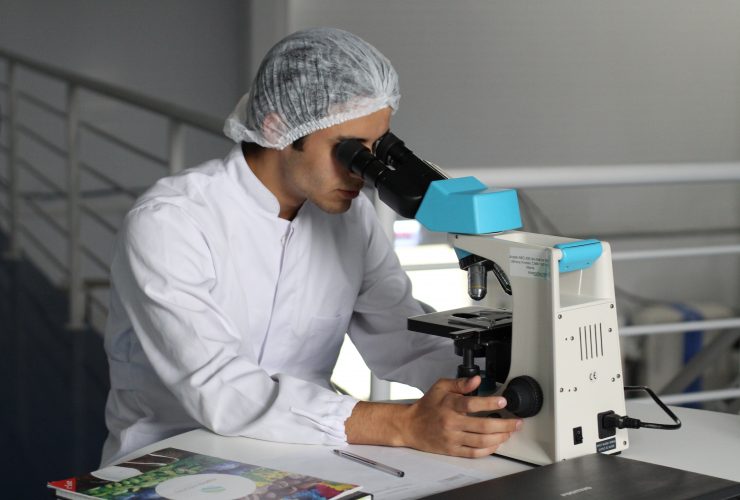 Blessed with temperate weather, lots of sunshine and sophisticated research-and-development sectors, Israel is well-suited to be a host country for medical cannabis innovation. Phytocannabinoids, those medicinal compounds found in cannabis, as well as endocannabinoids, those produced by organisms, were first observed in labs in Israel, and although the drug remains prohibited for recreational consumption, the medical sector is embracing cannabis at an increasing rate.

Israeli researchers have begun pre-clinical studies to examine the impact of medical cannabis in the treatment of endometriosis, a medical problem that affects about 176 million women worldwide.

The disorder occurs when tissue that usually lines the uterus – the endometrium begins to grow outside the organ.

This disease impacts one in 10 women of reproductive age. It causes the uterine lining to grow outside the uterus and into other areas of the abdominal cavity and in the pelvis—the fallopian tubes, and ovaries.

Menstrual cycles mean the displaced tissue will thicken and bleed each month, but as they are not in the uterus, the sloughed cells have no way out. This condition can cause severe pain before and during menstruation, bleeding and pain during and after intercourse, dyspepsia and frequent or painful urination. In some cases, endometriosis leads to infertility; in sporadic cases, the tissue can grow as far as the lungs and diaphragm.

Women who smoke cannabis report anecdotally that they find relief from their pain, but researchers must find out what cannabinoids from the cannabis plant potentially address the problem if they want to create a specific medicine for the condition.

Studies already exist that show a direct link between the effect of cannabis on various symptoms of the endometriosis, including reducing pain, inflammation and the risk of recurrence. Now, Israeli researchersare tackling the question of whether the disease can be cured using cannabinoid medicine.

The research is led by Gynica, which licensed by the Health Ministry to develop cannabis-based products for women’s health. Gynica focuses on clinically proven cannabis-based solutions that use the pharmacological effects of different cannabinoids and compounds to target female-related diseases.

The team is led by the President of the European Association of Perinatal Medicine, Professor Moshe Hod, who is a medical school professor of obstetrics and gynecology at Tel Aviv University. The researchers have already run in vitro tests on a variety of cannabis compounds to see how endometriosis cells react to the compounds. They will now attempt to identify a “lead candidate,” with which they will start clinical trials.

Gynica says current treatments for endometriosis, including painkillers and anti-inflammatory drugs, are often insufficient in preventing painful symptoms and reoccurrence.

According to the British Journal of Pharmacology, after the brain, the female reproductive system is the organ with the most endocannabinoid receptors, saying  that “cannabinoids are the missing piece in the treatment of gynecological disorders.”

Dr. Sari Sagiv, VP of research and development at Gynica told several Israeli-based news outlets that they are now trying isolated cannabinoids, as well as combinations of them to find out what impact each combination has on the cells. “We have already seen that there are different parts of the compounds that have a lot of impacts.”

Assisting in Gynica’s research efforts is Lumir Lab, a cannabis research facility in the Biotechnology Park, Hadassah Ein Karem, Jerusalem. The lab is led by a world-renowned analytical chemist, Prof. Lumír Ondřej Hanuš, who is responsible for some of the most significant discoveries involving the endocannabinoid system, including that of the endocannabinoid, Anandamide.

Lumir Lab recently received a $2.3 million investment from Israeli firm Asana Bio Group Ltd., which should help establish its world-leading position in the development of cannabinoid-based therapeutics through analytical methods and clinical validation.

Gynica employed Strainprint’s proprietary digital research platform to recruit patients in Israel and Canada for its pre-clinical trial. Now, Gynica will use Strainprint technology to collect data in an attempt to create the world’s “largest database of the effects of cannabis on women,” endometriosis symptoms and expanding.