A Terse Education in the Entourage Effect 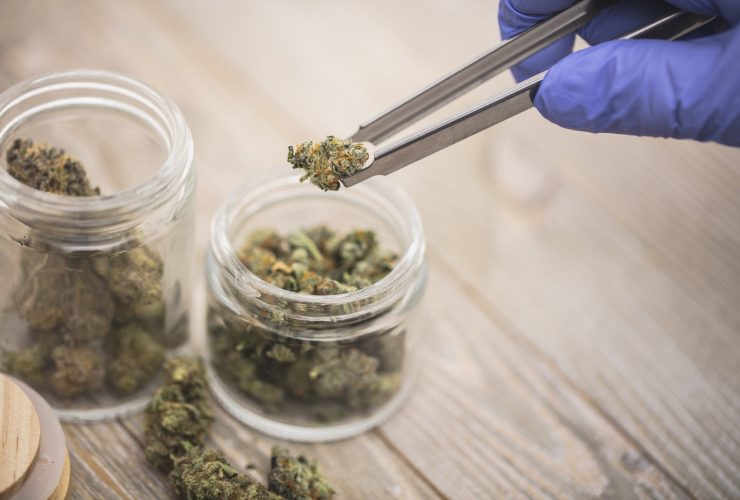 A Terse Education in the Entourage Effect

The genetic makeup of cannabis sativa makes available to chemotypes, cultivars, and individual plants of this herbal species literally hundreds of different molecules—all of which offer various and significant medicinal efficacy. These include more than 100 cannabinoids, 200 terpenes, and a couple dozen flavonoids.

Cannabinoids are molecules produced solely by the cannabis plant. They include the infamous psychoactive tetrahydrocannabinol, or THC, and cannabidiol, or CBD (which has shown efficacy as great as THC, but without the overt psychotropic effects).

Terpenes are aromatic molecules that are responsible for the sometimes pungent odor of cannabis flowers. Once thought to convey merely fragrant tones for the olfactory, terpenes have been found to deliver health benefits rivaling those of cannabinoids.

Terpenes differ from cannabinoids due to the fact that they are produced by more than 20,000 plants in nature. These species range from camphor, conifer, orange trees, and rosemary to nutmeg, lilac, basil, and black pepper. Flavonoids are similar to terpenes in that they are found in thousands of plant and fungi other than cannabis (roughly 6,000 species). Interestingly, three flavonoids that are exclusive to cannabis—Cannaflavin A, Cannaflavin B, and Cannaflavin C—have been identified. This class of flavonoids is called cannaflavins.

When these molecules commingle in the human endocannabinoid system, or ECS, researchers have noted a phenomenon that has been labeled the entourage effect. This medical theory proposes that the synergistic interplay of these chemicals within the ECS delivers health benefits that exceed the separate efficacies of these individual molecules. In other words, the entourage effect theory embraces the idea of the whole being greater than the sum of its parts.

The entourage effect theory was first proposed and coined in 1998 by Israeli researchers Raphael Mechoulam and S. Ben-Shabat. Mechoulam and his research partners have discovered many aspects of the cannabis plant over the course of the past 50 years, including the milestone of first isolating THC in 1964, the same year he discovered the cannabinoid cannabigerol, or CBG, and the terpene beta-caryophyllene, or BCP.

The researchers found that cannabinoids from plants (dubbed phytocannabinoids) interact with endocannabinoids (those produced by the human body) to produce positive effects that were absent under conditions where the two families of molecules did not engage in synergistic interplay.

Concluded the study’s authors, “These data indicate that the biological activity of 2-Ara-Gl can be increased by related, endogenous 2-acyl-glycerols, which alone show no significant activity in any of the tests employed. This effect (‘entourage effect’) may represent a novel route for molecular regulation of endogenous cannabinoid activity.”

Numerous peer-reviewed research studies conducted since the publication of Mechoulam and Ben-Shabat’s 1998 study have been published, providing credible support and additional data for this theory.

Among the most pivotal of these is a 2011 studypublished by Dr. Ethan Russo, an American neurologist and author who is director of research and development for the International Cannabis and Cannabinoids Institute, “Taming THC: Potential Cannabis Synergy and Phytocannabinoid-terpenoid Entourage Effects.”

In the study, Russo observed that strong analgesic (pain killing) benefits were gained from a mix of different cannabinoids, with CBD playing a key role. “The synergistic contributions of cannabidiol [CBD] to cannabis pharmacology and analgesia have been scientifically demonstrated,” reported Russo.