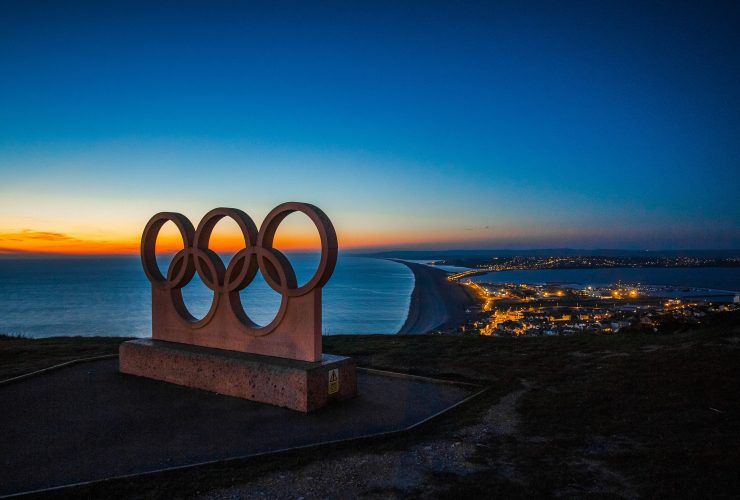 Doctors have a lot to learn from athletes, but there’s a long way to go before the pieces to this puzzle are put in place. To help light the way, Colorado-based Canna Research Groupdeveloped a studyof active adults that should help doctors look beyond the stigma of cannabis use in athletes to see what’s working and what isn’t.

Dr. Joanna Zeiger, the founder of the Canna Research Group and a co-author of Cannabis Use In Active Athletes: Behaviors Related to Subjective Effects, was an elite athleteherself until a terrible accident put the brakes on her momentum. Zeiger raced professionally as a triathlete from 1998 until 2010, finishing fourth in the 2000 Sydney Olympics and winning first in the 2008 Ironman 70.3 World Championships in Clearwater, Florida. When she returned to Clearwater the next year to defend her title, she crashed in the bike portion of the triathlon when riding through an aid station, she reached for a bottle of water from one of the aid station workers, and they didn’t let go in time, pulling Zeiger—feet still clipped into her bike—down. “I sustained really severe damage. I broke my left collarbone and had that surgically repaired and then I sustained really severe and permanent damage to my rib cage I have both structural and nerve damage.”

Zeiger’s husband recommended trying cannabis, but it took a while for her to shake off the anti-cannabis stigma from her past. Cannabis was banned in all forms the years she was competing, and though the rules have changed to allow the use of the cannabinoid CBD, THC still remains taboo. Plus, Zeiger spent eight years studying drug abuse in adolescents and young adults at the Institute for Behavioral Genetics at CU-Boulder. She observed severe drug use problems and individuals with behavioural issues, some attributed to cannabis, and this made it difficult to make the leap into using cannabis herself. “But desperate times call for desperate measures and eventually I did find my way to a dispensary,” she says. Zeiglers started by using cannabis at night to help her sleep and eventually began experimenting with daytime use. Fast-forward ten years after her accident and Zeiger continues to live with chronic pain, as well as a more recent diagnosis of auto-inflammatory disease as a result of the crash. Cannabis has become a part of her daily pain management routine, which includes using before, during and after exercise.

The Athlete Pain, Exercise, and Cannabis Experience (PEACE) Survey, developed by Canna Research Group, offers insight into adult athletes’ relationship to cannabis as well as its potential for pain management. The survey focuses on active adults who are not involved in elite-level competitions. “Our goals were to characterize cannabis use in adult community-based athletes because most of the studies that have been done athletes have been done on adolescent athletes or university athletes or elite athletes, but community-based athletes make up a large percentage of the people going out and exercising and we just really want to understand what their patterns of use were.”

From the survey, the team found that:

Whether cannabis is genuinely a performance-enhancer, or whether—as Zeiger believes—it indirectly improves performance by aiding with recovery would take clinical trials. On top of that is the question of whether cannabis is safer, or even more effective, than the non-steroidal anti-inflammatories, sleep aids and other medications already employed by athletes for recovery.

“Those are all questions that have to be answered with more survey studies to look at people’s behaviours around cannabis and other medications and in clinical trials to really look at the impact of cannabis on performance.”

As a patient as well as a doctor, Zeiger says she comes into contact with doctors who vary in their opinions of medical cannabis. Some are incredibly open to cannabis, mainly if it can decrease the use of opioids or other more nefarious drugs, some are neutral, and then other doctors want nothing to do with it, she says.

To help doctors to keep an open mind and learn more about cannabis, Zeiger encourages athletes to be both open about using cannabis and clear about their intentions. “The one thing I always say is to define your goal with it. What are you trying to achieve? Are you trying to decrease anxiety, do you need better sleep, are you trying to treat for muscles? If you don’t have a definitive goal with cannabis, it’s very hard to quantify it is helping you or not.” By being open about her own cannabis use and conducting studies such as this one, Zeiger is model for athletes the kinds of possibilities there are for cannabis while being a North Star for doctors who are curious about the many benefits cannabis offers.