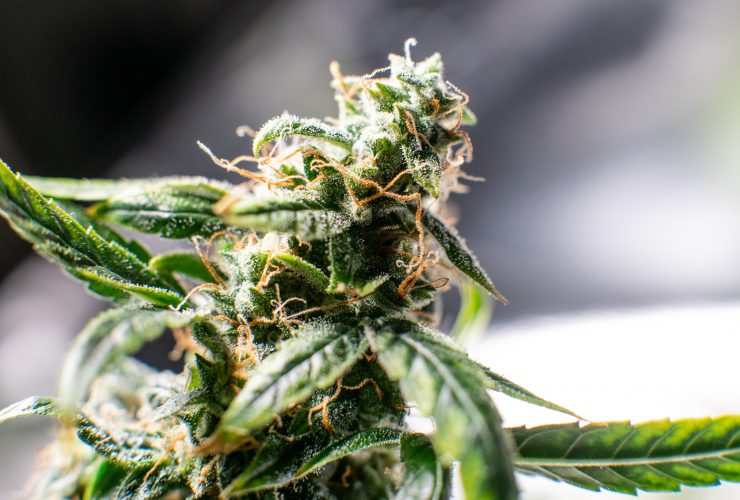 Hundreds of research studies have investigated the role of the human endocannabinoid system (ECS) in achieving and maintaining human health and wellness. Peer-reviewed research has revealed that, when the ECS cannot produce enough of its own health-giving molecules (called endocannabinoids), it is designed to benefit from supplementation from a range of phytocannabinoidsderived from the cannabis herb.

In 2004, Dr. Ethan Russo, an American neurologist who is director of research and development for the International Cannabis and Cannabinoids Institute, published a pinnacle research paper in which he theorized that deficiencies in the human ECS may result in a range of specific diseases and dysfunctions within a variety of bodily systems—including the all-important immune system that is part of nearly every organ, tissue, and gland.

Russo’s work remains important due to the fact that many of the conditions he identified that may result from an ECS deficiency are resistant to treatment from conventional drugs and therapies.

(Russo first referenced a potential ECS deficiency in the 2001 research study“Hemp for Headache: An In-depth Historical and Scientific Review of Cannabis in Migraine Treatment” and in his 2001 bookHandbook of Psychotropic Herbs: A Scientific Analysis of Herbal Remedies for Psychiatric Conditions.)

The 2004 research paper, entitled “Clinical Endocannabinoid Deficiency (CED): Can this Concept Explain Therapeutic Benefits of Cannabis in Migraine, Fibromyalgia, Irritable Bowel Syndrome, and Other Treatment-resistant Conditions?” was published in the journal Neuro Endocrinology Lettersand investigated the role of the ECS in several common diseases and conditions.

“The theory of CED was based on the concept that many brain disorders are associated with neurotransmitter deficiencies, affecting acetylcholine in Alzheimer’s disease, dopamine in parkinsonian syndromes, [and] serotonin and norepinephrine in depression and that a comparable deficiency in endocannabinoid levels might manifest similarly in certain disorders that display predictable clinical features,” reported Russo in the study.

While CED remains a theory and has yet to be fully proven by research, (including human trials), perhaps the most revealing aspect of Russo’s observations is the sheer scope of diseases and ailments that may be aided by a healthy, balanced ECS. A state of optimized ECS health, or balance, is called homeostasis.

In 2016, Russo published a follow-on studyentitled “Clinical Endocannabinoid Deficiency Reconsidered: Current Research Supports the Theory in Migraine, Fibromyalgia, Irritable Bowel, and Other Treatment-Resistant Syndromes” in which he reviewed the relevant research findings that were published in the 12 years since his original 2004 study.

Russo noted that, when he published his original CED study, formal clinical trials and hard research findings were lacking. He also noted how some of the most compelling evidence for CED has been in the areas of migraine headaches and PTSD. “Currently, however, statistically significant differences in cerebrospinal fluid anandamide levels have been documented in migraineurs and advanced imaging studies have demonstrated ECS hypofunction in post-traumatic stress disorder.”

The study emphasized the potential scope of diseases that may result from deficiencies or problems within the endocannabinoid system. Russo labelled this set of ailments the “CED rubric.”

In addition, the study emphasized the value of endocannabinoids, such as anandamide and 2-AG, and how they can be produced by exercise. “Beyond drug interventions, a growing body of knowledge supports the realistic goal that lifestyle approaches should be integral to the treatment of CED; specifically, low-impact aerobic regimens have demonstrated beneficial effects on endocannabinoid function.”

The study also noted how “dietary manipulations with probiotics and prebiotics may ameliorate not only IBS symptoms, but also the entire spectrum of CED conditions.” Thus, according to clinical endocannabinoid deficiency theory, three of the most effective ways to prevent or treat the dozens of disease states and conditions that may result from an ECS deficiency are 1) supplementation with phytocannabinoids such as tetrahydrocannabinol (THC), cannabidiol (CBD), and cannabigerol (CBG), 2) regular exercise, and 3) proper diet.