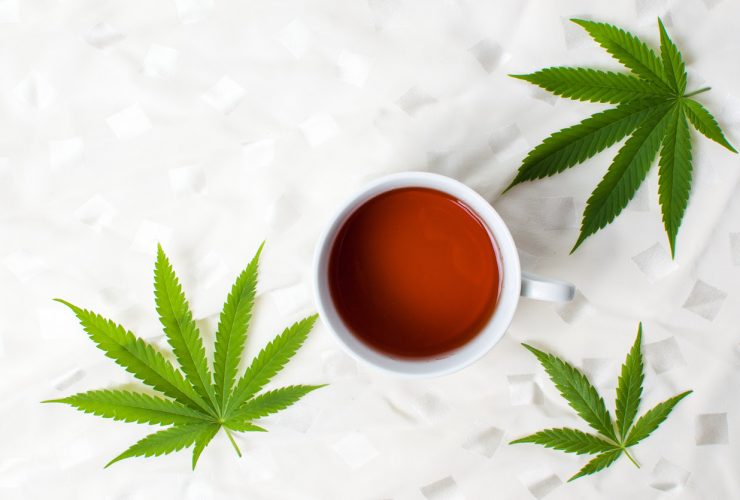 Many patients and consumers are aware that cannabis can be both inhaled, via smoke or vapor, and also eaten, such as when infused into baked goods or beverages. Both routes deliver medicinal benefits and psychoactivity for users. That’s where the similarities between these two methods ends, however.

The biggest differences between the two most popular consumption methods for cannabis are onset time, potency, peak, and duration.

Inhalation features the fastest onset of all available methods, requiring only about 2-2.5 minutes for effects to begin (depending on many factors, including individual physiology, proximity and nature of one’s previous meal, etc.). Ingestion, on the contrary, features the longest onset of any consumption path, requiring 45 minutes to two hours to be perceived. Long onset is undoubtedly the greatest shortcoming of ingested cannabis.

One superiority of edibles, however, is their enhanced bioavailability and greater potency in comparison to inhaled cannabis. The same amount of marijuana will produce more potent effects when eaten than when vaporized or smoked. This equates to more value, an issue of economic concern to patients who are so sick that they cannot work.

While smoked and vaped cannabis feature a duration of roughly two to four hours (depending on the amount consumed and other factors), edibles often last considerably longer, in the six to 10 hour range. Again, these figures will vary depending on many factors, especially one’s tolerance and average weekly and daily consumption levels.

Many patients and consumers are unaware that eating cannabis does not result in absorption of standard tetrahydrocannabinol (THC), the infamous molecule responsible for the stigmatized and largely misunderstood psychoactive effects and euphoria of cannabis.

Instead, when eaten, THC passes through and is metabolized by the stomach and liver, creating a metabolite of THC dubbed 11-hydroxy-THC. This is important, because 11-hydroxy-THC is significantly more effective at crossing the extremely selective blood/brain barrier to enter the brain and reach the specialized CB1 receptors within.

This results in effects—including those that are psychoactive—that are, as readers have already learned, both more potent and longer in duration.

This enhanced potency is what has caused some consumers of edibles, especially patients new to the game, to experience disorientation, confusion, panic, or even perceptions of fear and dread.

The good news? While a patient who has overdone it on edibles may not enjoy the experience, they’re in no danger of true overdose, like is possible with other drugs. Various strategies can assist a patient who becomes too high or “spun out,” including black pepper (a favorite strategy of rock music legend Neil Young), hydration, meditation, and other calming exercises. Some users also report calming effects that may counter the influence of the THC from CBD.

When cannabis smoke or vapor is inhaled, the medicinal molecules therein, cannabinoids and terpenes, are absorbed by the lungs. The lungs feature the surface area of a tennis court and are populated by millions of alveoli, the miniscule air sacs that handle the exchange of gases.

In only 2-3 milliseconds (a period so fast that it is basically perceived as instantaneous by humans), the alveoli absorb the available cannabinoids and terpenes and pass them directly to the heart. The molecules then travel directly from the lungs to the heart, where they are pumped north to the brain and pass the very selective blood/brain barrier.

Within the brain and central nervous system (CNS) are special microscopic cellular receptors called CB1. Cannabinoids and terpenes feature various levels of binding efficacy (how well they fit into and function within these receptors). After attaching to these specialized receptors, these molecules can begin exhibiting their efficacy, meaning that patients and consumers will begin to experience many symptoms, such as pain relief, a reduction of systemic inflammation, or the stigmatized psychoactive effect of being “high.”

With inhalation, effects typically peak within ten to 30 minutes and dissipate rapidly over the course of the following two to four hours.

While it’s true that smoking or vaping on an empty versus full stomach results in sometimes different efficacy and potency, this is especially true when patients eat cannabis. Thus, potency and duration are affected by not only individual biology, but also other circumstances at the time of consumption, including the quality of one’s sleep, diet, and the regularity and quality of their exercise.

Edibles are more difficult to dose than cannabis that is smoked or vaporized due to the very slow onset. Patients desiring quick relief from pain or discomfort obviously must choose a method such as sublingual, smoked, or vaped cannabis if they do not have the luxury of enduring a slow onset.

In legal cannabis markets (such as Canada, California, and Oregon), 10 mg of THC is a standard dose of an edible. However, a product such as an infused chocolate bar may contain ten 10 mg blocks, for a total of 100 mg. A patient who misperceives or miscalculates the potency of the individual servings risks an experience that may be an emotional rollercoaster of paranoia, discomfort, and dread.

For patients suffering from bronchial conditions or ailments of the lungs, smoking or vaping might not be a viable method of consuming cannabinoids and terpenes. In such cases, edibles and sublinguals are a good option.

With ingestion, effects typically peak within two to four hours after consumption, with a duration that is sometimes significantly longer than smoking or vaping.

Tinctures are rare in that they can be consumed both sublingually and also via the stomach and liver. Depending on the exact composition of a particular tincture, if held under the tongue, most or all of the active cannabinoids and terpenes will be absorbed sublingually, bypassing the stomach and improving the onset time by several factors.

However, tinctures can also be purposefully ingested via the stomach and liver to metabolize 11-hydroxy-THC in an effort to produce greater potency and duration of effect—something of special concern to many patient populations.