Cannabis As a Performance Enhancer 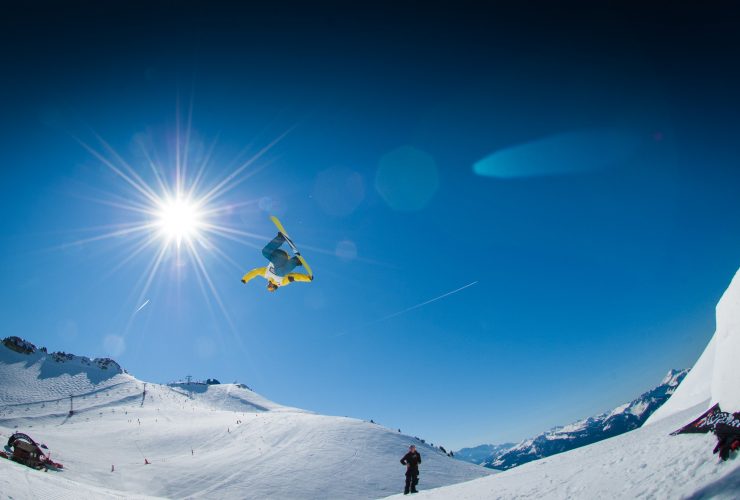 Cannabis As a Performance Enhancer

Ross Rebagliati made international headlines in 1998 not just because he won the world’s first ever gold in Men’s Snowboarding for Canada in Nagano, Japan. He was almost the first athlete to have their gold medal stripped because the International Olympic Committee (IOC) revealed that traces of THC were found in his blood tests.

Although he was known to smoke, when the opportunity to compete in the Olympics arose, Ross stopped. “I had never in a million years thought that I would test positive for weed.”

Cannabis wasn’t included on the list of banned substances at the time of the 1998 Nagano Olympics, so the case against Ross was mostly dropped—IOC vice-president, Dick Pound, continued to call him a liar—and his gold medal was returned to him.

In 1999, Dick Pound went on to create the World Anti-Doping Agency, which is charged with setting the criteria for anti-doping in most of the world’s sports. While the IOC mostly banned drugs depending on their legal status, WADA created its own standard for banning substances. It must prove to be performance enhancing, a danger to the athlete’s health and in violation of the spirit of sport.

Ross’ case set a precedent that landed THC—and cannabis in general—in the books as a banned substance. It also made us all wonder: is cannabis a performance-enhancing drug?

For Ross, consuming cannabis didn’t take on purpose until he started to explore Whistler’s backcountry with other extreme sports athletes who were using functionally in their sport. “They would smoke with their morning coffee, on the way to the top of the mountain, and during safety meeting breaks.” Weed went from something to do on a Friday night to something helpful.

And although the belief that cannabis is a performance enhancer ended up burning him—despite getting his gold back, job prospects dried up due to the “stoner” stigma—Ross maintains that position to this day.

Determined to spread the message of cannabis as a PED, Ross takes to social media to show his homegrown bud and his latest athletic pursuits. In one Instagram post, he’s hitting a bong, while on a 5 a.m. spin on his Wahoo bike trainer. The caption asks followers if they believe cannabis to be performance enhancing and an unfair advantage over non-consumers?

Since 1998, Ross has been forced to be open about using cannabis, but these days he’s able to talk openly and on his terms about using the plant for mental wellness and sports medicine.

He can identify several ways in which cannabis aids his performance, as a motivator, a tool for combatting anxiety, and a powerful sleep aid that keeps his schedule in-check, one that he’s honed since his competition days. Ross says that with the help of edibles, he knows he won’t be caught up at 2 a.m., watching Netflix, and he’s always up at 5:30 a.m. to catch his kids.

Besides skiing with his wife and three kids, and cycling, Ross has become the natural spokesman for his signature cannabis brand, Legacy, while advocating to make cannabis legal and accessible for all who need it—high-level athletes included.

Reviews: Cannabis As a Performance Enhancer

According to WADA code, a substance shall be considered to be performance enhancing when “Medical or other scientific evidence, pharmacological effect or experience that the substance or method, alone or in combination with other substances or methods, has the potential to enhance or enhances sport performance.”

So far, anecdotal claims from athletes and cannabis advocates are that cannabis is primarily beneficial in sports for pain relief, recovery, and mental clarity or focus.

In 2006, a team of researchers set out to synthesize all of the most current literature on the cannabis and exercise, its effect in the body, and whether those effects constitute “doping” by WADA standards. What they found was that while some of the physical and psychological benefits are real, cannabis “can only indirectly improve performance.”

The team acknowledges the usefulness of being put into a euphoric effect, reducing anxiety and increasing the sociability of a nervous athlete. It can also have a relaxing impact after the game. In this way, the report reads, “cannabis can be considered as a doping product that calms the mind.”

A more recent reviewwas done in 2013 that combined PubMed literature, plus data from legal cases were obtained from the Court of Arbitration for Sport, as well as original data collected in cannabis research conducted by one of the review’s authors, Prof. Marilyn A. Huestis. This conclusion stated that the endogenous cannabinoid system plays an important role in “many critical functions that could positively affect sports performance. This fact, together with the detrimental health effects of cannabis and its violation of the spirit of sport, supports the prohibition of cannabis and its analogues.”

The rules around cannabis in athletics have loosened just slightly along with the increasing legality of the substance, but most organizations maintain their bans.

WADA has since raised the limit of marijuana allowed in an athlete’s system to 150 nanograms of THC per millilitreof blood. In 2017, they removed cannabidiol (CBD), an anti-inflammatory compound derived from cannabis, from its 2018 prohibited substances list. Athletes may now use CBD formulations with no THC, but in a new market that lacks regulations and testing.

In the sports that fall under WADA jurisdiction, THC accounts for a significant number of violations. Between April 1, 2016, and March 31, 2017, the CCES reports that three athletes tested positive for it, making cannabis the most popular single substance across all 13 recorded infractions during the year. (Ross says that the rest of the cannabis athletes are just better at keeping their use hidden, including keeping their use secret.)

Even in Canada, where cannabis is legal, the Canadian Centre for Ethics in Sport (CCES), which does not view cannabis as a PED, continues to categorize cannabis as a prohibited substance and all athletes subject to the Canadian Anti-Doping Program (CADP) can expect business as usual when it comes to clean sport.

So far, the findings on cannabis as a PED are anemic and lack clinical trials using live subjects but the future promises more attempts to fill in the blanks and provide a strengthened rationale for rules governing cannabis use across all sectors of society, including sports.

Next, we will look at the difference between THC and CBD and why one is considered fair while the other remains prohibited in elite competitions.