Seniors are one of the fastest growing demographics for cannabis use in Canada.  This isn’t surprising, as cannabis is known to help a wide variety of illnesses, including many that are common in the elderly population. Furthermore, the population of seniors in Canada is growing and projected to keep growing. According to Stats Canada, between 2011 and 2016, the number of people aged 85 and older grew by 19.4%. In comparison, the overall Canadian population only grew by 5.0% during that same period. Approximately 5.9 million Canadians are currently considered seniors and by 2031, roughly one in four Canadians could be 65 or older.

Arthritis is a common ailment in the elderly population, with approximately one in three senior men and one in two senior women reporting arthritis in the 2008 Canadian census. Commonly prescribed NSAIDs for arthritis like celecoxib (Celebrex) are not recommended for use in people over 65, due to the increased risk of ulcers or holes in the gastrointestinal track. Cannabis, particularly CBD, works as an anti-inflammatory, without the gastrointestinal risk associated with NSAIDs.

Cannabis topicals are a good introductory delivery method for managing arthritis pain, as there’s generally no potential for medication interactions or overmedication.

Changes in personality or behavior, such as depression, social withdrawal, irritability or sleeping habits, are common symptoms of Alzheimer’s. These are all symptoms that cannabis, particularly CBD, is known to help.

Currently, studies are showing that cannabis can act as a neuroprotectant, prevent hippocampal and cortical neurodegeneration and reduce inflammation in the brain.

According to the Alzheimer’s Association, recent studies show that 50-80% of people living with Parkinson’s will go on to experience dementia. Cannabis can potentially provide neuroprotection for those with Parkinson’s, similarly to how it protects against the damage of Alzheimer’s disease.

There are plenty of anecdotal accounts online of tremors being calmed by cannabis, but the clinical research is still lacking. The clinical studies that have taken place show promise but are relatively small in size. One study showed that cannabis not only improved tremors, rigidity and bradykinesia, but also significantly improved sleep and pain scores.

A recent study by researchers at Ben-Gurion University of the Negev (BGU) and the Cannabis Clinical Research Institute at Soroka University Medical Center, assessed cannabis as a potential treatment in the elderly population. Two-thirds of participants in the study were using cannabis for pain relief and researchers found that after six months, 18.1% of participants stopped taking their opioid pain medications or reduced the dose. Furthermore, the number of reported falls was significantly reduced. As opioids are associated with an increased fall and fracture risk in the elderly population, being able to reduce or eliminate the use of opioids, while still maintaining pain relief, is vital.

Close to one third of seniors in Canada take benzodiazepines. However, like opioids, benzodiazepines commonly prescribed for insomnia have been linked with increased fall and fracture risk. Recent studies have also suggested that benzodiazepines, especially long-acting benzodiazepines, may increase the risk of developing dementia. As previously mentioned, cannabis can act as a neuroprotectant, making it another option for seniors having difficulty sleeping.

One of the biggest problem’s seniors face today with managing their health is overmedication. Sixty-six percent of Canadians over the age of 65 take at least 5 different prescription medications. Twenty-seven percent of Canadians in that same age bracket take at least 10 different medications. Whenever multiple medications are taken simultaneously, the potential for drug interactions increases. Symptoms of overmedication range from drowsiness to depression and confusion, can be misdiagnosed as mental illness or even dementia. Cannabis has the potential to reduce the amount of medications seniors take by treating multiple conditions at once.

We are proud to share the ground breaking, heart warming work of Dr Blake Pearson, of Greenly Medical Consulting who is working with seniors to improve their quality of life in care homes. 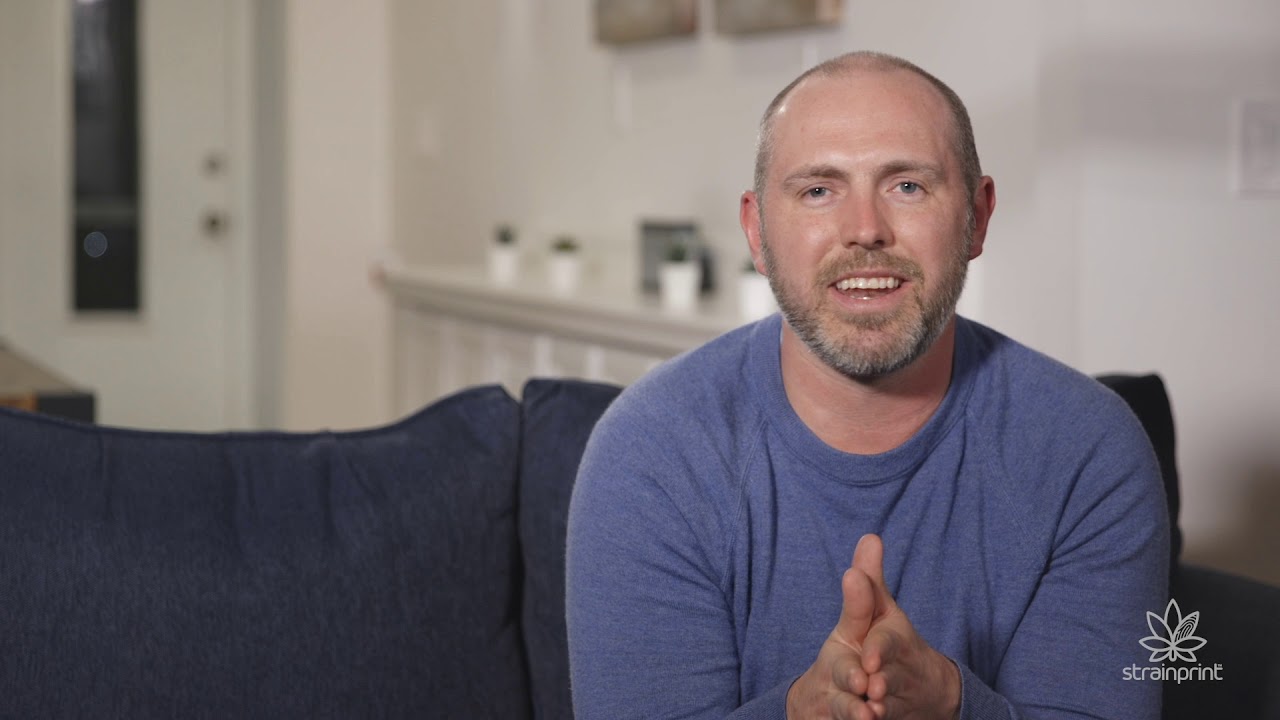 While we know cannabis can help these illnesses common in the elderly population, it is important to note that even with legalization in Canada, cannabis should only be used to treat medical conditions with the guidance of a knowledgeable and qualified medical practitioner who can evaluate an individual patient’s conditions and medications.

If you or someone you know is interested in trying medical cannabis, it can be overwhelming and confusing to begin the process of getting a prescription. Luckily, there’s the Strainprint Community to help you get started. Community is a welcoming and safe space to ask questions and find the answers you need when it comes to cannabis. Our Seniors forum offers support on everything from getting a prescription to claiming cannabis on your taxes.

Photo by Nashua Volquez from Pexels

Breanna Neufeld is a visual artist and writer, born and raised on the prairies of Manitoba, Canada.