Can cannabis help your fibromyalgia?

On the last day of a much-needed winter vacation with her family in British Columbia, Jaeme Redgwell exited her hotel, luggage in hand, ready to pack up her car and get back to reality. Unfortunately, her very next steps would change that reality forever. Ice on the concrete steps of the hotel caused Redgwell to slip and fall. Her recollection of the event is hazy, but what came afterwards is crystal clear. She made the four-hour journey home, went to bed, and the next morning found she could barely move.

“My husband had to help me get out of bed, put my pants on, and walk downstairs to my car so I could go to work,” says Redgwell. “But when I got to work, I couldn’t get out of the vehicle. I knew I had to go to the hospital.”

X-rays showed that Redgwell had broken her tailbone and part of her sacrum, a bone in the lower back connected to the coccyx. The injury caused Redgwell significant nerve damage in her back and lower extremities, resulting in severe nerve and body pain. A year-and-a-half later she was officially diagnosed with fibromyalgia and prescribed opiates and other pharmaceuticals.

Fibromyalgia is a chronic musculoskeletal disorder that causes severe pain and fatigue throughout the body, as well as depression and insomnia. There is no official test for it, making it tricky to diagnose. Though researchers do not yet know the cause, suspects include traumatic events and injuries, like what Redgwell experienced, illness and certain diseases. A deficiency in the body’s own endocannabinoid system is also a possible culprit.

According to Statistics Canada, in 2014, just over 500,000 Canadians reported a diagnosis of fibromyalgia.

Typical treatments for the disorder include opiates, antidepressants and anticonvulsants. However, many fibromyalgia patients and doctors are finding cannabis therapy more effective.

Dr. Michael Verbora is director of a Toronto clinic that sees 1,500 new patients each month. He estimates that about 300 of those patients are individuals who have been diagnosed with fibromyalgia and are coming to the clinic because they are treatment-resistant, meaning the typical medications prescribed to them have stopped working, or have never worked at all.

“Opiates are not recommended at all for fibromyalgia,” says Dr. Verbora. “I think they actually worsen the disease, given that we know that opiates lower the threshold of pain tolerance and are associated with worsening mood.”

After a scary episode due to the side effects of her prescription medications, Redgwell knew that she had to make the switch.

“I’ve lived in the same town for 38 years,” says Redgwell, “and one day on my way downtown I completely forgot what I was doing. I couldn’t remember where I had to be or who I was supposed to see. I pulled over and started crying because I was completely lost.”

Dr. Verbora starts his patients off with a CBD prescription, since CBD is known for its anti-inflammatory properties. On subsequent visits, he’ll start weaning his patients off their opiates and other pharmaceuticals, with the hopes of re-training their bodies to better cope with physical and mental stress.

“What I think the cannabis is really doing is relaxing the body substantially, and in turn relaxing the mind,” he says. “We know that it reduces inflammation in the joints, thereby sending fewer pain signals to the brain. It also allows my patients to be more mindful and present in the moment. And when you have that grounding, you become more focused on doing what you’re doing and less focused on the pain.”

While data from clinical trials prove promising regarding cannabis and its therapeutic, pain-relieving properties, there are still too few studies regarding fibromyalgia and cannabis. In one study published in 2011 of 56 fibromyalgia patients, the 28 individuals who took cannabis for their pain showed a statistically significant improvement in symptoms, such as pain, sleep disturbances and stiffness, two hours after cannabis use. Perception of well-being was also significantly higher. However, that study was not controlled for frequency or dosage.

More and better studies would hopefully shed some more light on how exactly cannabis alleviates fibromyalgia pain symptoms, but the anecdotal evidence is already overwhelming. 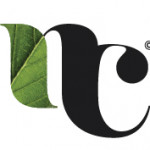 At Natural Care we provide medical cannabis service for individuals, long-term care and retirement homes. Our mission is simple: Improving quality of life with medical cannabis.
Our free services include: in-person and online prescription visits, personalized cannabis medication plans, and ongoing nurse and educator support for the life of every prescription.
We customize our support to suit each situation, acting as a connector for patients, residents and their families, senior living staff, primary care physicians, licensed producers of cannabis, and other stakeholders as needed. Whether we’re helping an individual or their appointed caregiver manage dosing and ordering, assisting a nurse with administering cannabis to a patient or resident, or educating senior living staff, our services are always free.