Cannabis has a fickle relationship with sports organizations though plenty of athletes use it. All over the world top athletes have and will continue to turn to cannabis to help them focus on the moment, relax and aid recovery following sports injuries. They do this despite having access to other medications because it is presumed safer than conventional medicines. The caveat, however, is that cannabis remains on the prohibited list of many sports leagues and anti-doping organizations.

Why Are Top Athletes Turning to Cannabis?
Thanks to some studies into cannabinoid medicines, we now understand that cannabis contains a variety of compounds that interact directly with a widespread and complex system all of us humans have, named the endocannabinoid system (ECS), which helps to maintain homeostasis within our brains and bodies. Even our response to injury and inflammation is affected, and that benefit is just the tipping point when it comes to why athletes would be interested in the potential benefits of cannabis.
Endocannabinoids regulate all kinds of signalling throughout the body, including appetite, emotions and memory but the analgesic properties of cannabis could mean that more athletes can use it instead of conventional pain killers.
At a time marked by the over-prescription of pain medications, having cannabis as a comparatively safe option could make it a go-to drug for relief from intensive training regimes.

Recent Uses of Cannabis in Professional Sports
While there’s been plenty of discussion around the legalization of cannabis, its physical effects on athletes have been missing from the conversation. Some believe that ingesting the plant can improve performance indirectly, by helping athletes to focus and contribute to managing pain. Since the World Anti-Doping Agency (WADA) was conceived in 1999, the prohibition of cannabis in sport has been one of the most controversial issues debated by the scientific and political anti-doping authorities.

In January 2017, cannabidiol (CBD) was removed from WADA’s list of prohibited substances. Both tetrahydrocannabinol (THC) and CBD, the two main compounds found in cannabis, are no longer tested for during out of competition tests, leaving athletes the choice to use discretion when they are not competing. In 2013, WADA raised the THC testing threshold from 15ng/ml to 150ng/ml in competition, which helped decrease the chance of athletes testing positive because of the long half-life of THC, which is still part of in-competition tests.

It’s been 22 years since Ross Rebagliati won snowboarding’s first Olympic gold medal at the 1998 Winter Games—and then nearly lost that medal after he tested positive for cannabis. Since then, several Canadian athletes have been embracing the healing properties of CBD for various types of injuries and ailments. Cannabis remains an integral part of Ross Rebagliati’s life, Toronto-based Muay Thai fighter Angelina Musicco uses it to recover from persistent training, and former mountain biker Phil Dépault did the same after being diagnosed with fibromyalgia. All three are in various stages of launching businesses that offer unique cannabis-based products for athletes.

There is more than just an interest in cannabis for athletes—there is potential for an entire industry segment.
The new focus on cannabinoid sports medicine is good news for athletes who are allowed to use cannabis, as well as those who would like to try adding it to their fitness and wellness regime. In Canada, The Cannabis Act should help lift the lid on research into cannabis as a sports medicine in a way that no other country has been able to before.
Anecdotal evidence has so far been enough to entice some athletes to use cannabis as a tool for training or recovery, but WADA rules maintain that marijuana fits its criteria for banned substances—it is performance-enhancing, a potential health risk and in violation of the spirit of sport.

Next, we will look at WADA’s criteria and its basis in the face of emerging science. 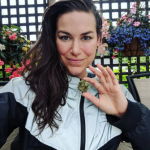