Unsupported Screen Size: The viewport size is too small for the theme to render properly.
Skip to content
A quick guide to the side effects of smoking weed
By: The GrowthOp
Side effects of cannabis: Does pot cause hangovers? What are the effects of THC and CBD? What happens when you mix cannabis with alcohol? How about cannabis and coffee? Here is a guide to figuring out why cannabis makes people anxious, is it possible to get addicted to it, how it affects men and women differently, and everything else you need to know.

Is pot really ruining all the men?

Former New York Times journalist Alex Berenson has lately been making the rounds to warn that in the rush to legalize cannabis, proponents are actively ignoring its severe mental health risks. “There are really bad cases of psychosis linked to marijuana all the time, the first time some 28-year-old nurse throws her kid off a roof, it’s going to be the end of (the Canada-based cannabis multinational) Tilray,” he told CNBC

Why does cannabis make some people anxious?

It’s a tale almost as old as time: Cannabis makes some people giggly, some couch-locked and sluggish and sends others down the rabbit hole of anxiety and aggressive self-reflection. Right when “chill” was most needed, many consumers—by whatever method the cannabis was used—can attest that their bud seems to have betrayed them.

Though a growing body of research has hinted at a link between cannabis use and generalized anxiety in young adults, clinical testing has offered relatively little regarding the wide range of emotional states possible to experience after vaping/lighting up.

With all the marketing airtime the plant’s more lighthearted properties have enjoyed since legalization, why does it so often provoke feelings of crippling anxiousness (and sometimes, paranoia) in some users?

Is it possible to be addicted to cannabis?

Since cannabis addiction is much less severe than tobacco and other addictions, providing a definition has become a challenging task for researchers and even gave birth to controversy.

What to expect when combining alcohol and cannabis

Cannabis and alcohol are two of the most widely-used drugs in the U.S. and around the world. According to a 2015 National Survey on Drug Use and Health, 86.4 percent of Americans age 18 or older have reported drinking alcohol at some point in their life, whereas 56 percent reported drinking in the past month.

According to a United Nations report though, 158.8 million people consume cannabis worldwide, which is about 3.8 percent of the world’s population. Some people consume only alcohol and others consume only cannabis. However, there’s a large demographic who consume both substances. What’s the outcome of mixing these two substances though, and what should individuals expect afterwards?

Coffee has long been touted to have health benefits—claims range from somewhat credible to dubious. But as it turns out, our daily java jolt may have more of an effect on us that we previously thought.

According to a 2018 study published in the Journal of Internal Medicine that sought to “identify individual metabolite changes in response to coffee,” our morning fix has a far greater effect on our metabolism than previously believed.

For decades, the cannabis movement has been predominantly a boy’s club. Women are rising up and earning leadership positions all over the industry now, but where did that original disconnect come from? Could it be the way that marijuana affects men and women in different ways?

Weed hangover, among other effects, could be a thing of the past with this offer from a Canadian company

It can be a real challenge to rise and shine if one has smoked too much the previous night. Weed hangover, the feeling of extreme tiredness and light-headedness, is real for first-time and seasoned consumers, one that’s attributed to as a “negative experience” by many users. As a recreational user, it’s easier to limit use and indulge once in a while to avoid experiencing such effects; the same flexibility is not available to medical users. A Canadian company, however, is hoping to offer a fix for those limited options. 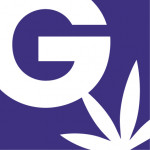