A Brief History of Medical Cannabis in Canada

The judicial system in Canada slowly started to see the value in medical cannabis towards the end of the 1990s with people like Terry Parker, Jim Wakeford and Jean-Charles Pariseau. In 1996, Terry Parker was arrested for possession, cultivation and trafficking for the cannabis plants he was growing. Parker used cannabis to treat severe epilepsy and appealed to the charter rights of life, liberty and security. The following year a judge ruled that Parker’s charter rights had been infringed upon and ordered police to return to plants they had seized. He became the first person in Canada to be exempted from further prosecution for growing or possessing cannabis. In 1999, Jim Wakeford and Jean-Charles Pariseau also won the legal right to grow and use cannabis for medical purposes. In their cases, cannabis was being used to treat symptoms of AIDS and HIV treatment side effects.

On July 31, 2000, the Ontario Court of Appeal ruled that the current laws prohibiting cannabis were unconstitutional as they did not consider patients who were using cannabis to treat medical conditions. This ruling led to the Marihuana Medical Access Regulations (MMAR) in 2001. It allowed patients to grow their own cannabis plants, designate someone to grow for them or to purchase from the Health Canada supply. However, there was not a wide variety of licensed producers for patients to choose from as there is today.

The next incarnation of the medical cannabis system was the Marihuana for Medical Purposes Regulations (MMPR) in June 2013. Patients were no longer allowed to grow their own cannabis or designate a grower like had before under the MMAR. At that point patients could only buy dried cannabis. The oils and capsules patients are now accustomed to seeing on licensed producer websites were not available. This changed in June 2015 when the Supreme Court of Canada ruled that restricting access to only dried medical cannabis was unconstitutional and that patients had the right to use other cannabis products. Licenses were then issued to licensed producers to produce cannabis oil.

Further changes came after the Allard v. Canada case in February 2016; a federal judge ruled that Canadians have a constitutional right to grow their own cannabis for medical purposes and that the Conservative government’s ban on patients growing their own medicine was a barrier to reasonable access. This led to The Access to Cannabis for Medical Purposes Regulations (ACMPR) which allowed patients to obtain medical cannabis three different ways; licensed producers, growing their own plants or designating someone else to grow for them.

With federal legalization of adult use cannabis in Canada, came the Cannabis Act which went into effect October 17, 2018, and replaced the ACMPR. With these new regulations there are a number of improvements for patients. Medical cannabis patients can now transfer their medical document to a new licensed producer without having to gain permission from their healthcare provider. Additionally, the 30-day limitation period for purchasing medical cannabis was removed. However, legalization also means patients are now charged an excise tax on top of the sales tax they were already paying which has restricted access for patients.

It is important to remember the progress that has been made in Canada regarding medical cannabis and those who fought for that progress. We have a system that, while deeply flawed in some respects, is the envy of countries where all cannabis is still illegal. Medical cannabis patients like Terry Parker, Jim Wakeford and Jean-Charles Pariseau changed the way cannabis was treated and viewed by the Canadian government and Canadians in general. The voices of medical cannabis patients today remain significant in making cannabis more accessible for all patients. Until the financial burden is removed, through insurance and government prescription drug coverage, and the removal of unnecessary taxing, there is no true reasonable access as the Allard v. Canada ruling stated. 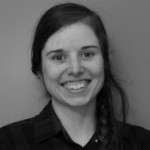 Breanna Neufeld is a visual artist and writer, born and raised on the prairies of Manitoba, Canada.